William Shakespeare was born in Stratford-upon-Avon, England on April 23, 1564. In 1582, he married 26 year-old Anne Hathaway at the age of 18. They had three children – a daughter Susanna, and twins, Hamlet and Judith.

By 1592, William had begun a career as a playwright (writer) in London. Two years later, he was an actor and part-owner of a playwright company, Lord Chamberlain’s Men. The company was successful and was adopted by King James I. It was then renamed The King’s Men.
He wrote many plays – comedies like: Romeo and Juliete asd A Midsummer Night’s Dream; tragedies like: Hamlet, Othello, King Lear, Macbeth; 154 sonnets; and 5 “narrative” poems. 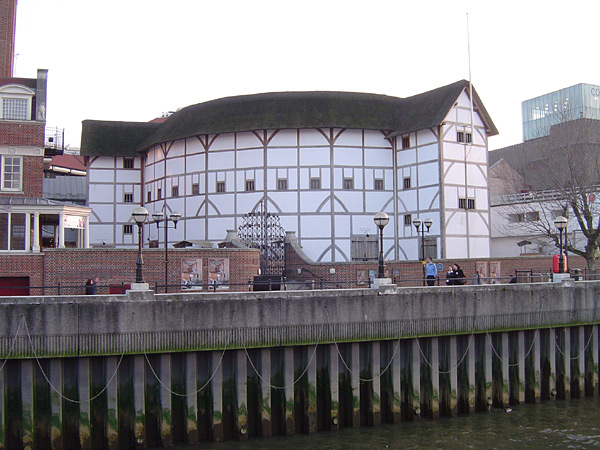 Today, William Shakespeare is thought as the greatest writer in the history of English language. He is considered one of the few playwrights to have succeeded in writing both comedies and tragedies. He revolutionized the theater. Hundreds of “Shakespeare Festivals” exist across the world.

Romeo likes a girl called Rosaline. He loves her but he doesn’t know if she likes him. So when Romeo and his friend Benvolio discover that Rosaline will be at Lord Capulet’s party later that night, they both decide to go. There he meets Juliet and falls in love with her. But they soon find out that Romeo is a Montague and Juliet is a Capulet – the children of two long standing enemie families. It looks like their love is doomed before it can start.

Romeo stays behind after the party has finished and finds himself in the garden under Juliet’s bedroom window. In the famous balcony scene that follows, Romeo and Juliet exchange their love vows and are determined to be married. The next morning, Romeo visits Friar Lawrence and persuades him to perform the secret ceremony.

Tybalt, Lord Capulet’s nephew, is angry that Romeo and his friends crashed the Capulet feast. He searches out Romeo and tries to start a fight in the streets of Verona. Romeo – who has been married to Juliet for just an hour – tries to be friends with Tybalt. Mercutio – another friend of Romeo and a cousin of Prince Escalus – starts a fight with Tybalt. Romeo tries to act as peacemaker but Mercutio is killed by Tybalt. Romeo instantly avenges Mercutio’s death by killing Tybalt and then runs away. As punishment, Romeo is banished from Verona. He has just one night to secretly meet up with his new wife. 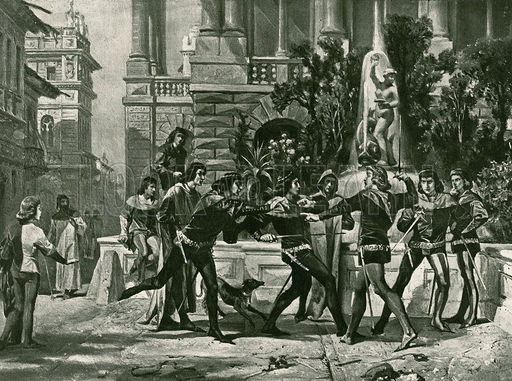 Juliet’s parents think Juliet is sad because of her cousin’s death. They believe her mood will improve by marrying Count Paris on the next Thursday. But Juliet refuses and her father is enraged by her disobedience.

Juliet goes to Friar Lawrence for advice. He thinks of a plan that involves taking a magical sleeping potion to make her look like she would be dead. She would then be placed in the family tomb where he and Romeo could save her, after they work out what to do next. Juliet agrees to the plan. Lord Capulet is very happy because of the wedding. Juliet takes the potion, while the Friar writes a letter to Romeo in Mantua. 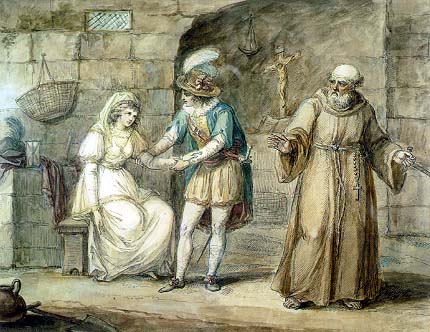 The letter to Romeo in Mantua doesn’t get delivered. Instead Romeo’s servant, Balthasar, tells him that Juliet is dead. Romeo returns to the Capulet tomb with poison he has bought from an Apothecary. Romeo drinks the poison and dies next to his wife. When Juliet awakes in the tomb, she sees dead Romeo and stabs herself. The deaths of the two young lovers finally ends the very long fight between the Montagues and the Capulets. 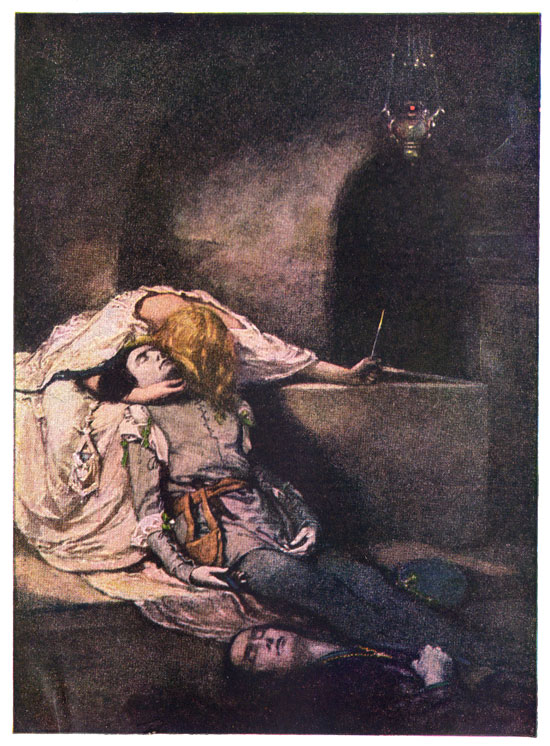 One thought on “Romeo and Juliet”